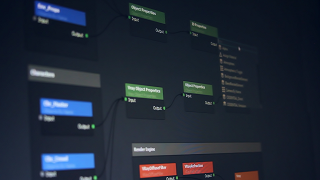 Boomer Labs and Joker Martini announce the release of version 2.0 of their ground breaking render manager and scene assembler, Vexus.

Vexus 2.0 includes over 30 new features including; Deadline® Integration, Node & Render Presets, Shot Submission Manager, Custom Vexus Node Creation and Universal Render Engine Support. These features have users raving about how streamlined their render management has become. “Vexus Deadline submission is perfect and I love how it is so much faster and flexible than any other solution”, says freelance artist Jocelyn “Strob” Simard.

List price for the package is $200 USD per seat with support for 3ds MAX 2015 through 2017 and is a free upgrade for existing users. A downloadable demo version of Vexus and additional information is available at: http://boomerlabs.com/vexus